At first, this place is located in Convento Square between Flores and Guevara Streets. The hole building is fomated by three public buildings that were inaugurated in 2012.

This building is located in the place formerly occupied by the House of the people, which represents a symbol in the history of the Spanish labor movement until the outbreak of the Civil War in 1936 .

At first , these houses were designed as meeting places and centers of political awareness as well as being a symbol of socialism and presence. On the other hand , it is clear cultural and educational work . The emergence of libraries and writing instruction to the workers or their children , completing the important work of the Second Republic in terms of public education.

Biography of Fernando Almena ( town house became the house of culture)
Born and lives in La Rambla to 25 years. He currently resides in Majadahonda .
Quantity Surveyor / Architect planning and technical diploma in business administration from the Polytechnic University of Madrid. He has taught school technical architecture of Granada .
It starts in the literature as a playwright . Nurture theater and narrative genres in which emphasizes his work in children’s literature, for which he has also published a book of poetry .
Member of the boards of the Association of Authors Theatre , the Association of Writers and Artists and the Spanish Association of Theater for Children and Youth.
He has premiered several works for adults and children. He has published more than thirty books , other editions and translations of his work. 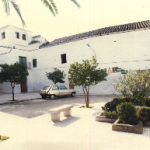 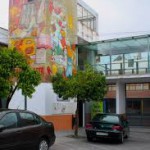