In this area is where currently different companies ramblenas. It is located northeast of municipality cordobes of La Rambla and is accessible to it from different places such as the highway A-2103 and by the road Montemayor.

With respect to its construction, was built in four parts. The first phase was carried out in 1987 being Mayor Enrique Ruz Villegas, which was subsidized. To the first enlargement it must add a second enlargement, called “El Ciruelar” and which was completed in 1999. A year later added a third enlargement and was called the “Árbol de las Púas”. These two enlargements were built by the company “CUMA”, (Cubero Márquez). The last enlargement was made in 2003 and was performed by the company montillana “Euro residential Andaluza”. 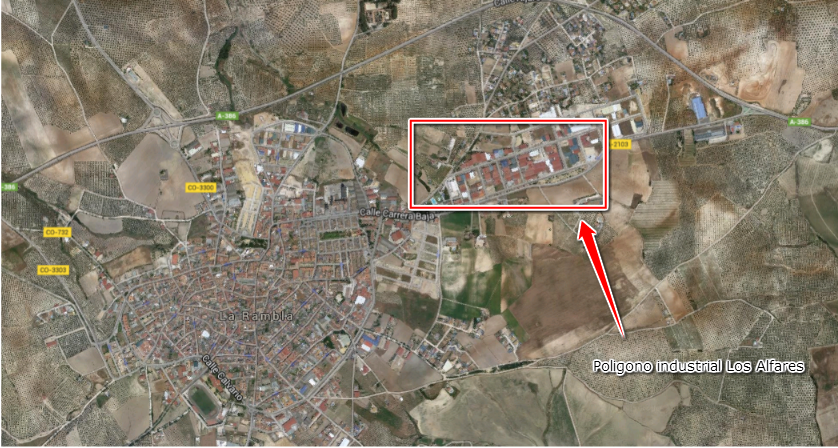 The original name of the industrial estate always was “Los Alfares”, what happens is that to the successive enlargements, the builders had to put a name, hence the names of “Árbol de las Púas” or “El Ciruelar”. Currently all of these enlargements have no name since it is now considered all “Industrial estate Los Alfares”. Also all the streets have names related to pottery, such as street Jarra , the street El Porrón, the street Maceta….