This tree is located at the entrance of the Gardens of Andalusia. It is a fir (“Spruce pine”)and it was planted here by the Mayor of La Rambla, Don Jaime Balls, in 1965. We call this tree singular because it stands out from the others by its size and shape, being protagonist of myths and tradition as it is the typical Christmas tree.Spruces are large trees, from about 20–60 metres (about 60–200 feet) tall when mature, and can be distinguished by their whorled branches and conical form. 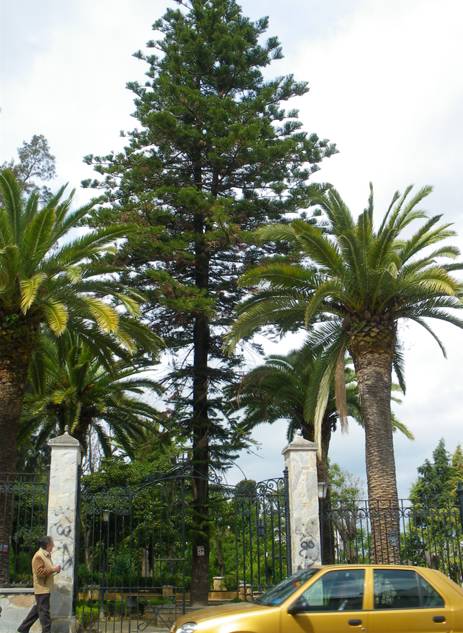 This garden were first named “Jardines de Don Jaime Valls” but, during Francisco Mure’s mayoralty,  it changed its name to “Gardens of Andalusia”, as we know it nowadays.